Biologic drugs and subsequently developed biosimilars treat chronic inflammatory autoimmune conditions such as rheumatoid or psoriatic arthritis, ankylosingspondylitis, crohn's disease, ulcerative colitis, and psoriasis. Biologics can target the cancer in a specific way and may work synergistically with chemotherapy to improve outcome. It is expected that in the next five years, 50% of biological products will originate from biotechnology. Biological products, including those manufactured by biotechnology, tend to be heat sensitive and susceptible to microbial contamination. There are no expected clinically meaningful differences in efficacy and safety between a biosimilar and the biologic drugs which are authorized for sale.

The global market for Biosimilars is dominated by oncology (nearly 39% share) whereas the total biosimilar market size is expected to reach nearly 70 billion by 2025.

Biosimilars are generally marketed at prices 25 to 40 percent below original branded productsie Biologics. The number of biosimilars approved by US FDA are nearly 30. There are about 25 top global manufacturers of biosimilars. Many Domestic companies in India are making strong presence even in regulated markets.

Biologics Price Competition and Innovation Act (BPCIA) guidelines in the United States (US), mention that a biosimilar can be designated as “interchangeable”, whereby it may be substituted for the reference product (original biological drug).

Biological therapeutics, also referred to as Biologicals, are those class of medicines which are grown and then purified from large-scale cell cultures of bacteria or yeast, or plant or animal cells. Biologicals are a diverse group of medicines which includes vaccines, growth factors, immune modulators, monoclonal antibodies, as well as products derived from human blood and plasma.

Biologics are used to prevent, treat or cure a variety of diseases including cancer, chronic kidney disease, diabetes, cysticfibrosis, and autoimmune disorders. A biosimilar is exactly what its name implies — it is a biologic that is “similar” to another biologic medicine (known as a reference product) which is already licensed by the U.S. Food and Drug Administration (FDA). Biosimilar applications are not permitted within 4 years of licensure of the reference product or Reference biologicals.1, 2

Studies conducted for approval of Biosimilar: Reference Biologic for study for purpose of approval in India for Similar Biologic

Clinical study for the biosimilars 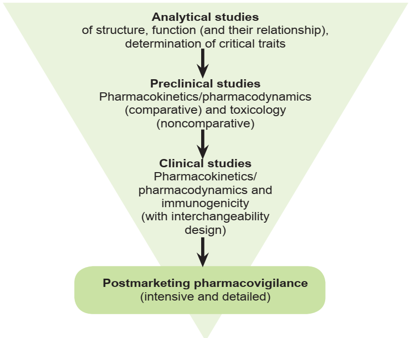 The confirmatory clinical safety and efficacy study cannot be waived especially for large molecular weight biologics like Monoclonal antibodies. Wherever the phase III trial is waived, the immunogenicity should have been gathered in the PK/PD study and will also need to be generated during post- approval Phase IV study.3

The European guidelines were adopted in 2006 and then updated in 2015. Austria was the first country to develop biosimilar guidelines in response to emerging patient deadlines for the number of biological medicines.

US FDA has regulatory pathway for biosimilar development under (351[k]) which mandates a sequential series of rigorous comparative studies to demonstrate bio similarity of the biosimilar candidate to its reference product. CDER (Centre for Drug Evaluation and Research) & CBER (Centre for Biologics Evaluation and Research). 21 CFR 314.50(d) (1) Wherein the application is required to contain a full description of the chemistry, manufacturing, and controls (CMC) information. The list of biosimilarshas givenin the “Purple Book” that explains the date on which product is being licensed. The 505(b) (2) pathway or Abbreviated Approval Pathways are also available for a category of biologics. Itsa new drug application which contains full safety and effectiveness reports, but allows at least some of the information required for approval to come from studies not conducted by or for the applicant. 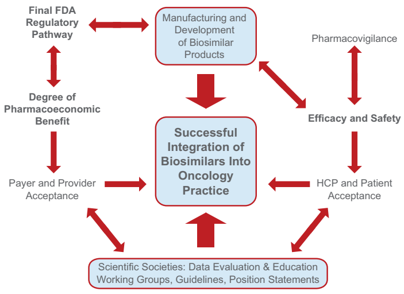 Biosimilars are manufactured by means of a complex process which can be divided into multiple phases: 1. Preparation of the material.2. Preparation of fluids.3. Cellular expansion, which is essentially the cultivation of cells for producing the biosimilar. 4. Harvesting. 5. Purification process.6. Packaging. 7. Quality control procedure.

The term “control strategy” refers to a combination of input, procedural, and testing controls that ensure that a bioprocess consistently delivers products that meet qualityrequirements.4, 5

For the Pharmacovigilance of Biologics and Biosimilars both the company and the authorities have the responsibility to raise alarms.

Pharmaceutical companies produce biosimilars by using different cell lines as well as different manufacturing processes resulting in differences of tertiary and quaternary structure, with a putative effect on immunogenicity.6

Biosimilars are highly complex molecules produced by living and recombinant cells through a multistep manufacturing process.

The first biosimilar was approved and marketed in India in 2000 was for hepatitis B, although no specific guideline was available at that time for the development and marketing of biosimilar in India. The strong pipeline of biosimilars is developed by Reliance Life Sciences which have acquired the global rights for Infliximab from Boston based Epirus Biopharmaceuticals. The company also manufactures Abciximab for Abbott India. Presently, there are more than 100 Indian biopharmaceutical companies, which are engaged in manufacturing and marketing of biosimilars.2

Comparison between generics and biosimilars7

A biosimilar can be used for all indications approved for the innovator drug and there is no need for independent clinical studies. However, the final decision rests with the regulators. The manufacturer of the proposed biosimilar is not as familiar with the manufacturing process of the originator biologic. 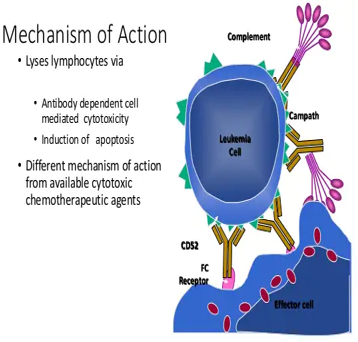 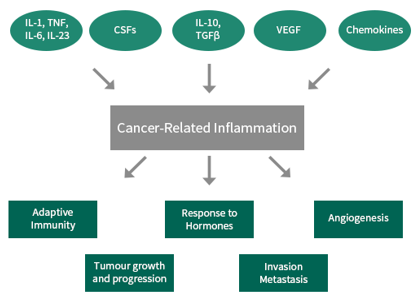 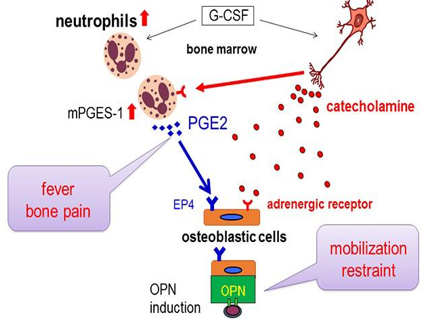 Examples of few biosimilars in market

[i] On average originator biologic was competing with neatly 4 biosimilar entrant in 2019.8

The use of monoclonal antibodies for the therapy of cancer is one of the major contributions of tumour immunology to cancer patients. Monoclonal antibodies elicit anti-tumor effects by complement-mediated cytolysis and antibody-dependent cell-mediated cytotoxicity. Over two-thirds of MAB are for transplant rejection, cancer, autoimmune diseases, infectious diseases, antiviral prophylaxis, and anti-thrombotic treatment.

Checklist before using a biologic

The following are major advantages of biosimilars as depicted in

There are many biosimilars available for various therapeutic disorders. The EMA and the FDA have been clear in their communication that Physicians and patients can be reassured that biosimilars approved in the EU and the USA are as safe and effective for their intended use as their respective reference biologicals.

CDSCO recommends a confirmatory Phase III Clinical Trial to evaluate safety and efficacy is mandatory before approval. The trial should be multicentre but can be single-arm, open label and non-comparative with the originator molecule.

There is market shift towards chronic diseases such as cardiac, diabetes and cancer which have treatment options with better drugs acting on specific sites. Biosimilars cannot be protected by patents, because they have expired, there are regulations to ensure a period of in marketing, so that their return is guaranteed. To substantiate the claim of similarity between a biosimilar and the reference biopharmaceutical, there is a need for adequately powered non-inferiority studies. Such studies are generally available for biosimilars.

WHO Report on the Expert Consultation on Improving Access to and Use of Similar Biotherapeutic Products" Retrieved 2019-08-02.9https://www.who.int/biologicals/expert_committee/QA_for_SBPs_ECBS_2018.pdf

Biosimilars in the United States2020https://medinfo.boehringer-ingelheim.com/us/therapy-area-resources/biosimilars?

© This is an open access article distributed under the terms of the Creative Commons Attribution-NonCommercial-ShareAlike 4.0 International License which permits unrestricted use, distribution, and reproduction in any medium, provided the original author and source are credited.

Get article permission for commercial use